Exhibition Sevres vases on turning bezel bases for easy viewing will have buyers frothing at the mouth when they turn up to auctioneer Phil Caldwell’s first sale for 2013 on Sunday February 24 at 15 Park Street, Brighton. Included in the 20-piece Sevres collection is a rare pair of crown lidded exhibition vases and Mr Caldwell said the individual items varied in estimate from $2000 to $30,000. “Added to the vases is a 12-piece Sevres fruit set from Tuileries Palace in the 1830s,” he said.

Built in 1564 on the right bank of the River Seine, it was the usual Parisian residence for most French monarchs from Henry IV to Napoleon III. During the French Revolution, Tuileries Palace was a sanctuary for Louis XVI and his family until an armed mob stormed the building in 1792 and they were forced to flee. By the time this fruit set was made, Tuileries Palace had become the permanent residence of King Louis Philippe I who remained there until the building was once more invaded during the 1848 Revolution.

Another interesting auction item is a Faberge paper knife signed by Michael Evanpievich Perchin – the only Russian jeweller in St Petersburg to work for the company. Still in its original case, the knife has a perfectly translucent blade and gilded silver and enamel handle. A giant 1890 bull elephant tusk should attract plenty of attention along with 18th century rhinoceros horns used by Chinese at the time as ceremonial vessels. There also is a collection of antique ivory miniatures from the Indian Raj period (1840-1930). A pair of 1860s antique Italian wall mirrors is a rare find. 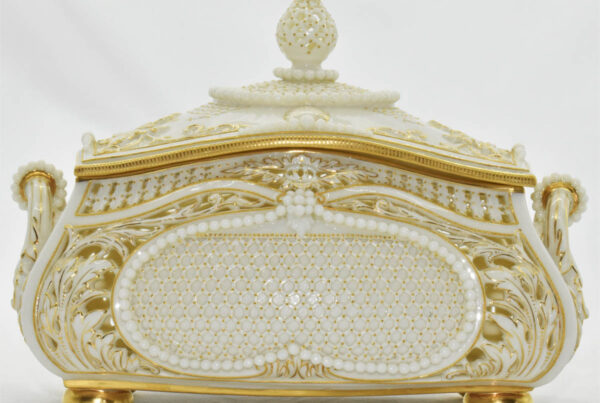 George Owen the “Bradman” of the pottery world

Collectors will come running for these rare Australian auction paintings 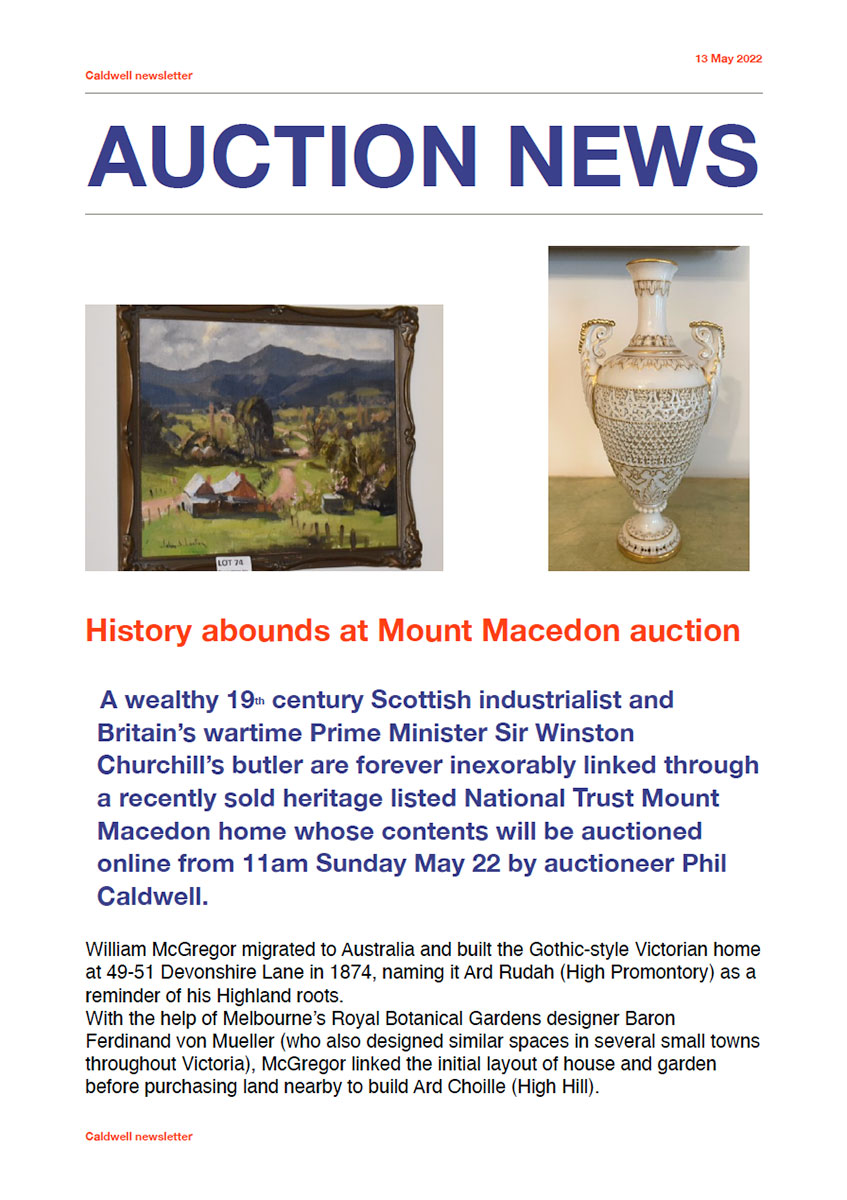 For all your antique needs please contact Phil for an obligation free quote.